Starplus’ high TRP show P.O.W- Bandhi Yuddh Ke, directed by Nikkhil Advani, starring Satyadeep Mishra, Purab Kohli, Amrita Puri, and Sandhya Mridul. The show revolved around two men Imaan Khan who was an air force officer and Sartaaj Singh who used to be a Naib Subedar taken as prisoners during the Kargil war. They return after staying in exile for a period of seventeen years and the mystery behind it unveils slowly. The show was an Indian adaptation of an Israeli drama Hatufim and said to be inspired by the American series Homeland secured 8.9 ratings by IMDB.

After winning several hearts at channel and Starplus’ online platform Hotstar the show was taken down in 2019 due to unknown reasons. Soon the rumor about the show being inappropriate and portraying the wrong side of intelligence were spread. The show after being one of its kind and attracting viewers even on online platforms taken down out of the blue troubled its fans. This year finally the truth behind it came out.

This year when its director Nikhil Advani was questioned about the show being taken down he explained with a reason. He said  “Its rights rest with the Israeli media house, Keshet Media Network. Hotstar had struck a deal with them to adapt Hatufim in Hindi, but it was restricted to only one round of airing. Now, Keshet has an India office too, so Hotstar or any other network that is interested in the show can buy the rights from them.” 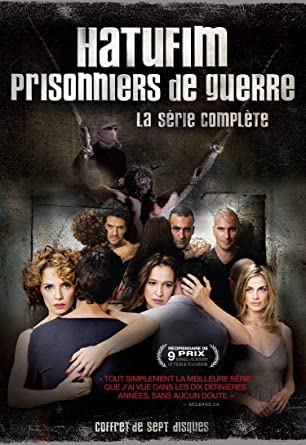 While the series had a 110-episode run on television, Advani had specially made a 40-episode cut for OTT viewers. The director hopes that the political thriller is acquired by a streaming service, giving ardent fans of the genre an opportunity to rediscover the show. “I always envisioned it as a close-ended miniseries. I knew how the story would end when I started working on it. Despite being a TV show, it had the tonality of a web series. Had it released now on a streaming service, the audience’s response would have been different.” continued Advani.

This brings a little ease to the audience that the show can still come back but at the same time leaves behind a long unknown period of the wait which depends on Hotstar now Disney +Hotstar’s decision on bringing back the show. We hope the show comes back soon at online platforms and a new generation could experience it in its own way.

Taqui is a slam poet/content writer from Lucknow. He likes to sketch and read novels in his free time. He can be seen drawing and writing in his diary at parks. View all posts by Syed Taqui Haider